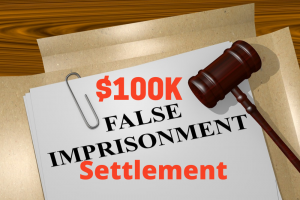 A $100,000 false imprisonment settlement was recovered after Whitney, LLP’s false imprisonment attorneys filed a lawsuit seeking compensation for damages against a car dealership that refused to allow our client to leave and blocked her in with one of their cars.

If your freedom was taken away and you were trapped, restrained, had your keys taken and not returned, or were otherwise not allowed to leave from a business, house, hotel or car, you may be able to recover significant compensation.

After being trapped and falsely imprisoned at a car dealership that refused to allow her to leave, our client called Whitney, LLP’s lawyers for help. We explained to her that based on the car dealership blocking her car in with one of their cars and refusing to allow her to leave over a paperwork dispute, she had legal rights and could file a false imprisonment lawsuit and seek compensation for her damages, which she decided to do.

If you need a false imprisonment lawyer near me, Whitney, LLP’s false imprisonment attorneys offer Legal Consultations and have experience recovering filing lawsuits and recovering compensation for damages for victims who are falsely imprisoned. Call us at 410 583 8000 or use our Online Quick Contact Form. 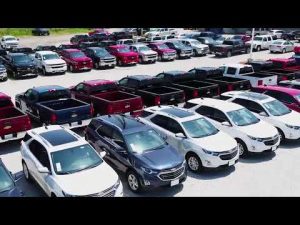 Trapped at a Car Dealership

After signing a contract for a new car, our client realized that she had been charged more than she agreed to pay. The resulting dispute lead to the car dealership manager trying to force her to sign paperwork that she did not want to sign, and was not necessary, given that the sale had been completed. She refused, and despite the the threats of the manager, went back to her car to try and leave. However, when she returned to her car, she found herself blocked in by another car that the manager had an employee park directly in front of her. It is was only after calling the police that the dealership allowed her to leave.  That behavior was outrageous and caused our client to feel very upset during and after it happened.

Our client suffered significant emotional distress from being trapped at the car dealership. She was not allowed to leave after she was blocked in, and while she was blocked in she was approached and harassed by another employee who kept telling her that she had to return the vehicle she was in, although she already owned it and the title had been signed over to her. While she was trapped she felt trapped, scared, anxious and concerned for her physical safety due to the outrageous conduct of the business and its employees.

After the incident, she continued to feel and experience emotional distress, including high blood pressure, sleeplessness, anxiety and headaches.  She worried about ever needing to return to the dealership for service, and thought about the experience instead of focusing on what she otherwise would have been involved in during her daily routine.

After the lawsuit was filed, our investigation discovered surveillance footage that corroborated our client’s story.  Based on her statements, and the video, and other information we discovered during litigation, the case settled after a private mediation.  There was no excuse for the dealership’s actions, other than greed and a might-makes-right attitude that they used to try and bully their customer into doing something she did not want to do.

Our client was able to pay off her loan for the car she had purchased, with money left over.

False Imprisonment Lawyers Near Me

Whitney, LLP’s attorneys help victims of false imprisonment fight back, file lawsuits and recover compensation for the humiliation, embarrassment and emotional distress of having your freedom taken away.