Whitney, LLP’s auto fraud attorneys represent car buyers against dishonest dealerships, including in cases with price increases and false fees. Our lawyers help buyers deal with a variety of other car dealership problems.  There are many reasons to sue a car dealership, and our dealer fraud attorneys have experience helping consumers across Maryland file lawsuits, unwind bad deals and recover compensation for dealer fraud.  In this case, our client was cheated out of thousands due to being charged illegal fees and being charged twice for the same thing.

Here are some of our past settlement results in claims and lawsuits against car dealerships and here are The Top 10 Car Dealership Problems we help clients with. 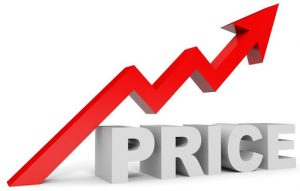 In a recently filed lawsuit, after our client searched for ‘auto fraud attorneys near me’ due to needing a lawyer to deal with car dealership problems, she found Whitney, LLP. We took her case and filed a lawsuit against a dishonest dealership for increasing the price of her car using false, increased and illegal fees, and also for charging her twice for “Delivery Fees” and “Transportation Fees.”

Double charges and false, increased fees are common at dishonest dealerships.  Customers often do not realize they have been cheated until they return home and have a chance to review their sales contracts and paperwork.

Even if you already signed a contract containing inflated fees, it is not too late, and you still have many legal rights that allow you to recover money that you paid due to deceit and fraud.

It’s a common practice for dealerships to post low prices online to lure car buyers to their dealerships, counting on the fact that once the buyer drives to the dealership, sees the car, drives the advertised car, likes it, and wants to buy it, the buyer will be susceptible to paying a price inflated with fraudulent fees.

In order to complete the sales paperwork and to hide their price increases and other dishonest behavior, car dealerships often use a paperless process including E-Signing, which means that customers are often only given an electronic signature pad to sign the documents.

While going paperless with sales documents is eco-friendly, it can also be dangerous to consumers as they are even less likely to read and understand what they are signing. A majority of the time, the document will be displayed on the salespersons screen and the customer will have to strain to read it, or the fine print will be even smaller depending on the size of the monitor. It is important that consumers still read the paperwork or ask for a physical copy to read prior to signing. Car dealerships will frequently include additional charges or fees, hoping that the customer won’t notice, and electronic paperwork only makes it easier for them to do so.

When Dealer Sales Paperwork and Contracts Do Not Match

Our client was given a document referred to by the salesperson as a “Financing Sheet” that included the charges related to the Vehicle.  The market price of the Vehicle was $22,805 with a $1,500 discount, which lowered the price to $21,305.  Additional charges included a $1,895 “Toyota Destination Fee” and a $589 “Dealer Prep Fee,” with taxes of $1,457.34 and $287 of “nontax fees”.   Although our client explained that she was not putting any money down and was just trading in her old car, the salesperson said they would give her $4,000 for her trade-in, and listed that on the document as a down payment.  The document stated that the Net Price of the Vehicle was $25,533.34 and left the balance to be financed as $21,533.34.

Our client agreed to purchase the Vehicle.  She was then directed to “E-Sign” the Retail Installment Sale Contract (“RISC”) for the Vehicle. Our client tried her best to read the document she had been asked to sign by looking at the salesperson’s computer, but the salesperson rushed her and kept saying that the terms were the same as on the Financing Sheet, and handed her a digital signature pad without showing her the full contents of the documents.

In reliance on the salesperson’s representations that the terms on the RISC were the same as the Financing Sheet, our client e-signed the RISC as directed, was given a copy, and was rushed out the door to drive home in the Vehicle. 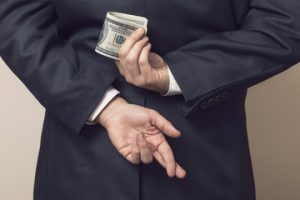 When our client returned home with the Vehicle, she was finally able to fully look at the documents she had been provided with.  To her surprise, she noticed that on the RISC, her trade-in value was listed as $3,321.66, and her total down payment was also decreased to $3,321.66 instead of $4,000. She was also charged $500 as a “Dealer Processing Fee” that she had not seen before.

Upon further reviewing her documents, our client also noticed that the Window Sticker included a $995 charge for “Delivery Processing and Handling Fee” that was included in the price of $22,805, and that she had been charged almost twice that in a bogus double-charge when Defendant added the charge of $1,895 as a “Toyota Destination Fee.”

Distraught and confused by the conflicting paperwork, our client contacted the dealership repeatedly for an explanation, but they ignored her and did not return her calls nor did they reply to her emails.  Eventually, she went to the dealership and asked to speak with a manager.  After asking about the charges, the person who identified themselves as a manager was unable to explain why she was charged $1,895 as a “Toyota Destination Fee” in addition to the $995 charge for “Delivery Processing and Handling Fee” included in the Window Sticker.

In addition to charging the bogus fees discussed above, the dealer also cheated our client by misrepresenting to her on the Financing Document that that her sales tax was $1,457.34.  If the tax of 6% was accurately calculated on the Financing Document, including the Total Purchase of $21,305, Toyota Destination of $1,895 and Dealer Prep Fee of $589, the total is $1,427.34, which is $30 less than what she was charged. However, the dealer further cheated our client by charging her 6% tax on the fraudulent Toyota Destination charge of $1,895 and on the inexplicable Dealer Prep Fee charge of $589, both of which should not have been charged.

The law in Maryland protects car buyers and specifically prohibits dealerships from committing fraud to make a sale. However, that does not stop dishonest car dealerships from lying and misrepresenting in order to make an illegal profit.

Some of the key Maryland laws that Whitney, LLP’s auto fraud lawyers use to deal with car dealership problems including false advertising include:

The Maryland Transportation Code Ann., § 15-312(b) titled “Prohibited Acts – – Vehicles Sales Transactions,” reads as follows: “Making material misrepresentations in obtaining vehicle sales contracts. – A dealer or an agent or employee of a dealer may not make any material misrepresentations in obtaining a vehicle sales contract.”

The Maryland Transportation Code Ann., § 15-312(c) titled “Prohibited Acts – – Vehicles Sales Transactions,” reads as follows: “Fraud – – A dealer or an agent or employee of a dealer may not commit any fraud in the execution of or any material alteration of a contract, power of attorney, or other document incident to a sales transaction.

The Maryland Transportation Code Ann., § 15-312(f) titled “Prohibited Acts – – Vehicles Sales Transactions,” reads as follows:  “Deviation from terms of original contract.- – A dealer or an agent or employee of a dealer may not materially deviate from or disregard, without the consent of the buyer, any of the original terms of the contract.

Section 13-301(1) of the Consumer Protection Act defines an unfair or deceptive trade practice as “any false, falsely disparaging, or misleading oral or written statement, visual description, or other representation of any kind which has the capacity, tendency, or effect of deceiving or misleading consumers.”

Whitney, LLP’s Auto Fraud Attorneys Near Me Sue the Dealership

Whitney, LLP filed a lawsuit on behalf of our client against the dealership alleging fraud, fraudulent concealment and violations of the Maryland Transportation Code and Consumer Protection Act. The compensation sought includes actual damages for the amount she was cheated out of, punitive damages and compensation for her emotional distress including anxiety, sleeplessness and headaches.

As part of the settlement of lawsuits against car dealerships, we are often able to recover car payments, insurance payments, unwind bad deals, recover compensation for hidden damage, fraud and other related charges.