Watch the Video Below: This blog and video discusses our lawyers settling a Baltimore bed bug lawsuit involving a landlord that moved tenants into an infested apartment and unsuccessfully tried to self-treat it. After filing the lawsuit we located the prior tenants and confirmed that the infestation was pre-existing.  Based on the strong facts including that the landlord knew about the infestation, and the bites our clients sustained, the claim settled for $135,000 after the lawsuit was filed.

If you were moved into a bed bug infested apartment, Whitney, LLP may be able to help you recover compensation.

Whitney, LLP’s attorneys for bed bugs specialize in Maryland bed bug cases and have recovered over $14,000,000 for our clients in bed bug settlements.  Consultations are always free.

What Is Your Case Worth? We offer Legal Consultations and our Clients in bed bug cases pay no out of pocket fees or expenses. Call us at 410 583 8000, or use our Quick Contact Form, to discuss your potential case.  Here is our YouTube Channel for our videos on bed bug settlements and legal rights.

The Edited Video Transcript is Below:

Hi, this is Dan Whitney with the Whitney Law Firm in Towson, Maryland. Today, we’re going to talk about a recent bed bug case settlement in Baltimore city. It was a settlement for $135,000 on behalf of our two clients. And the settlement involved our clients being moved into an apartment that was known to be infested with bedbugs by the landlord. But of course, the landlord forgot to mention that when he presented the lease to these two individuals.

Now, Baltimore has a huge problem with bedbugs. There’s no secret about that. I think Baltimore is now number two, on the bedbug list for cities, on the list issued by Orkin. Every big city has bedbug problems. Baltimore has more than its share.

The landlords in Baltimore, based on my experience in bringing lawsuits and speaking with clients are a special breed, especially the Section 8 landlords, who seemed to be often completely heartless. They simply don’t care about the well being of their tenants. God forbid they should spend a few hundred dollars to make sure somebody’s apartment does not have bed bugs, inspect the adjacent units and deal with any problems.

They’d often rather just let their tenants get bit, ignore the complaints and save a few dollars. But that math does not work when they end up getting sued and paying out six figures, when a few thousand dollars in treatments would have treated the infestation.

So, in this particular case, what happened is this. A young couple, engaged, were looking for an apartment and they found a unit. It was a row home in the city and they signed a lease and moved in. Now, as what typically happens when somebody has rented a bedbug infested apartment, a few weeks go by and they started to notice these little red, itchy bites on their skin.

And, at first they didn’t know what it was. But finally, I think about four weeks in, they finally saw the first bed bug. And that’s when they put two and two together. Now, what they did then is, they texted the landlord, which is always smart to do because it creates a written record, which can be very helpful for litigation purposes. And they asked their landlord, “Hey, did you ever have a problem with bed bugs? We just moved in and we’ve started getting bitten by these things. What do you know about this?” And the landlord actually said, “Yeah, the last people had them. They moved out because of it. I’ve been trying to treat it. They’re hard to treat, but don’t worry. I have something in mind. I’m going to heat treat them.” 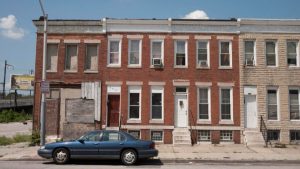 Self Treatments for Bed Bugs Did Not Work

So the clients, said, “Okay, well I guess he’s going to try and work on it.” So, the landlord comes by with, essentially a homemade propane heater and attempts to do his own heat treatment of the house to kill the bedbugs.

Now, a proper heat treatment generally costs thousands of dollars. It’s done for an extended period of time, several hours. The temperature is monitored extremely carefully. There’s a chemical component that is applied to make sure as the dwelling heats and the bedbugs try to flee, they go through the chemicals, which then kills them that way, if the heat doesn’t get them.

But the point is, a homemade, home brew heat treatment is not going to work. And of course, to no surprise, it didn’t work here. All it did is it made the problem seem to go away for a few days.

Some time passes, our clients are still being bitten and they continue to text the landlord. Now, crazily enough, the landlord writes back after they say, “Hey, this is still happening. Your heat treatment didn’t work.” And he says, “Well, I want to see how many bugs there are, how bad the infestation is.” Something like that. “Can you just sleep there a few more nights? That’ll draw the bedbugs in and then I’m going to apply some more treatments.”

Now you might say to yourself, this sounds absolutely crazy. Why would anybody do it? Well, people do things because sometimes they have no other choice. They may not have money to go rent a new place or stay at a hotel. And many people with bed bugs are very conscious of the fact that wherever they go, they may potentially be spreading an infestation with them. And they don’t want to do that to other people. They’re far more decent than the landlords that put them in this mess in the first place.

So, our tenants grinned and bared it for a while, until finally it reached a point where after the landlord’s numerous treatments, it simply was not working. They texted back and forth and said, “Hey, just let us break the lease. Let us move out.” And the landlord said something like, “Well, if you forfeit your security deposit, then I’ll let you move out.” And they worked that out and they left.

Lawsuit Discovers a History of Infestation

So sure enough, then they Googled for bedbug lawyers in Baltimore and they found our firm and give us a call. And we filed a lawsuit right away, because landlords are not supposed to lease infested apartments to people. And we got all the records from the landlord.

Now, as part of litigation, in these apartment cases, we get not only the treatment records, if any legitimate treatments have been done by a company that keeps records. But we also get records of who are the past tenants. Because the past tenants are the individuals who, when we speak with, they’re often very willing to share their experience and say, “Yes. Yes, I had bed bugs. I reported it.”

So in this case, we found out from the prior tenant, they had in fact left because the bedbugs had not been properly treated. And so, with that, that was pretty much the nail in the coffin. Plus we already had the landlord’s text messages confirming, “Oh yeah, we had that problem. I tried to treat it.”

So, it was a strong case and we negotiated back and forth. And we ended up at a resolution of $135,000 to settle, which is a strong result in a case such as this. There’s no typical settlement, but it’s a range where these sorts of settlements can often end up.

What Is Your Case Worth? We offer Legal Consultations and our Clients in bed bug cases pay no out of pocket fees or expenses. Call us at 410 583 8000, or use our Quick Contact Form, to discuss your potential case.