Ocean City, MD is a great place to go on vacation.  It is also where many of our bed bug cases arise from.  Before checking into a hotel on vacation, whether in Ocean City or elsewhere, we recommend asking at the front desk whether the room they offer has had reports of bed bugs in the last six months.  Many hotels have computerized records so the front desk clerk can quickly bring up reported infestations and other issues with the room.  If the answer is affirmative, it is time to ask for a different room without a history of infestation. This question, along with a truthful answer, can save much pain and stress down the road. For example:

We recently resolved a case against a well known bayside hotel in Ocean City, MD involving a mother and her young daughter who were rented an infested hotel room.  The mother and her young daughter, age 10, traveled to Ocean City from out of state for a weekend of fun with another family in the summer of 2014.  On the second morning of their stay, the daughter awoke with multiple itchy and red marks across her face.  After reporting the injury to the hotel manager, a pest control company was called and confirmed the presence of bed bugs in the room.  At several different times after her daughter was bitten, our client was told by different managers that (1) the hotel does not create incident reports for bed bug problems, and (2) that she could not make an insurance claim for her daughters’ injuries because the hotel “did not have insurance for bed bugs.” Fortunately, the clients did not bring the infestation back to their home and the child’s bites eventually healed, leaving no permanent scars. The case was settled, and compensation was recovered for the bites suffered by the child and for discarded personal property.

Any hotel that refuses to create an incident report when a guest is bitten by bed bugs is immediately suspect.  A hotel that takes a report of bed bugs seriously documents the report and is truthful to its customers as to insurance coverage for their guests’ injuries.  As to a hotel’s liability insurance policy not covering claims arising from bed bugs, we have never had a case where the hotel’s liability insurance policy has not provided coverage.

Because we did not need to file a lawsuit in the above case to recover compensation, we did not discover whether the room had a history of infestation.  We will never know whether, if our client had asked at check-in if her room had an infestation of bed bugs, could the whole situation have been avoided?  It never hurts to ask. 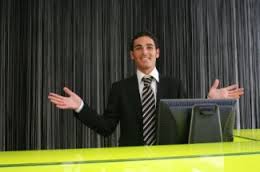