Within the last two weeks since Coronavirus began to take hold of Maryland, the law firm of Whitney, LLP has had an increase in the number of car buyers calling us and needing help with car dealership fraud claims.  These recent fraud calls include a customer’s income being listed as higher than it really is on the credit application, refusing to return a down payment when a deal falls through, giving the customer a “manager” position on the credit application instead of their true job title, and refusing to allow a customer to return a car in violation of spot delivery laws.

The Coronavirus has caused significant pressure on car dealership employees to make a sale by any means possible.  Auto fraud is often business as usual at car dealerships, but the fraudulent practices are magnified during this unprecedented time when customers are losing their jobs and traffic into dealerships has dried up.  The difference between car dealerships and the rest of the businesses that are affected by the loss of income and lack of customers is that dishonest car dealerships are able to take advantage of people in need by a variety of fraudulent schemes that their customers are unaware.

The increase in fraud claims that we have received calls on arise from fewer and fewer customers going to buy cars.  What that means for the dealership is that every single customer counts, and for the dishonest dealerships, of which there are many, that means every customer gets financed and leaves with a car . . . whether they qualify or not. 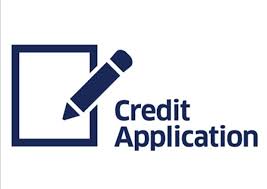 Fraud by Inflating Income on the Credit Application

In one of the Coronavirus-era fraud cases that Whitney, LLP is handling, the culture of fraud is so rampant at that particular dealership that the employee openly joked about it on the new car sales floor.  Here is what happened:

Our client went to a Toyota dealership in Maryland to have her free oil change performed. She is a single, 50-year-old woman, with a physical disability that is evident to anyone who interacts with her.  During the oil change, her service advisor told her that her brake pads were so worn down that if she drove the car home she might die due to their terrible condition. She explained that she did not have any extra money to pay for brake pads, and became very worried and anxious.

Having sensed blood in the water, the service advisor told her that she should talk to his “man” in the new car salesroom. She was introduced to the salesman, and immediately explained that she thought she could not qualify for a new car due to her low credit score and extremely limited income from cutting hair part time.  The salesman talked her into letting him run her credit application. She informed him that she made $12,000/year cutting hair part-time, and received $12,000/month in disability payments from the federal government.

When the salesman came back after running her credit application, he proclaimed loudly to her, in the new car showroom, “the credit fairies have done their magic and you are approved for a new Corolla.”  Thereafter, she was shown a new Corolla, and despite explaining that she could not afford more than a little over $200/month, was pushed into a $20,000 Corolla with about $7,000 worth of inflated after-market products including GAP, an extended warranty, and a wheel and tire protection package, all for a total of $490/month, with no payments until June.

As is a growing trend with car dealerships using e-signatures, she was given an USB with her documents on it.  Upon leaving the dealership and arriving home, she thought more about what had happened. A few days later, she drove to Staples and used their computer to check her USB drive.  What she saw shocked her.

Although she had informed her salesman that she made $12,000/year cutting hair part-time, and received $12,000/month in disability payments, for a total of $24,000, the information on the credit application they had given her on the USB was very different.  Her salary had been inflated to $36,000/year, on top her receiving $12,000 in disability payments, for a total income of $48,000. She had also been promoted to a fictional Executive/Manager along with her raise. Had it been true, it would be amazing – in only a few hours at the car dealership, she had tripled her pay from $12,000/year to $36,000/year, and received a promotion.

However, in order to continue to receive disability payments, the federal guidelines require her to not earn more than the same amount per year. In other words, if she earns more than $12,000/year, then she loses her disability payments and may be required to pay back benefits she had previously received.  That would be financially devastating.

She then reached out to Whitney, LLP. After we reviewed her documents, it was evident that she had been the victim of bank fraud.  We began to investigate the claim, and reviewed the original credit application that had been filled out by the dealership before they created the fraudulent one.  It stated her application as a stylist, and noted that her total income was $24,000/year. When compared to the fraudulent credit application that had been created by the dealership to make sure qualified for financing, it was the smoking gun.

The case is now ongoing.

Dealership Refused to Return the Down Payment

In another Coronavirus-era case, our client bought a car and took delivery of it before the financing had been approved. This is called a “spot delivery.” Several weeks later, financing had not been approved. Despite Maryland law requiring that a dealership provide written notice within four days after delivery if financing is not approved, the dealership did not comply.

The motive of the dealership in refusing to accept the return of the car and keeping the down payment, instead telling our client to keep the car, is that they want to continue to try and force the deal to go through, despite it now being in violation of Maryland law.

The case is now ongoing.

Each of the crimes listed above occurs when car dealerships knowingly provide false information to financial institutions. These crimes carry federal penalties up to a $1,000,000 fine and 30 years in prison.  Surprisingly, even these harsh penalties do not prevent dishonest car dealerships and their employees from engaging in it regularly.

Our attorneys have experience successfully representing consumers in a variety of fraud cases against car dealerships. Forgery, bank fraud, credit application fraud, and spot delivery violations are some of the common types of cases we handle. Here are results from some of our past cases.