Could I Have Bed Bugs and Not Know It?

When most people think about bed bugs, they imagine pink, itchy bites similar to mosquito bites or flea bites.  While small itchy swellings are the typical reaction to being bitten, it’s entirely possible that you’re sharing your home, hotel room, or apartment with unwanted guests – even if you aren’t aware of it.  But how is that possible?  Our apartment bed bug lawyers explain.

But I Don’t Have Any Bed Bug Bite Symptoms!

As we’ve written about in the past, different people have different reactions to bed bug bites.  However, this variation isn’t a matter of random bad luck – it has to do with the extent to which a bite victim is allergic to proteins in the bed bugs’ saliva, called sialome.  As the American Chemical Society (ACS) puts it, this sialome – the product of 250 million years of evolution – is “the secret to Cimex lectularius’ ability to suck blood from its human victims and escape to bite again with risking a lethal slap.”  It’s also the secret to why some people have stronger bite reactions than others (and why some people have no reactions at all).

According to an ACS study called “Insight into the Sialome of the Bed Bug, Cimex lectularius,” published in the Journal of Proteome Research in 2010, bed bug sialome is a “complex salivary potion composed of dozens or near 100 different polypeptides [amino acids].”  This “salivary potion” has two key functions: one, it numbs the bite site so that the victim will not notice and kill the bed bug, and two, it “compromise[s] [the victim’s] immune defenses” by preventing blood from clotting, so that the bug can continue to feed.

Given the complexity of bed bugs’ salivary makeup, it’s unsurprising that bite reactions can vary so widely.  These variations can lead to misunderstandings, confusion, and denial, as Dr. José Ribeiro of the NIH Laboratory of Malaria and Vector Research notes in another ACS research profile (also published in the Journal of Proteome Research in 2010).  According to Dr. Ribeiro, “Many times patients go to the doctor with pustules or allergic reactions of unknown origin.  They deny that they have bed bugs in their house, but often that’s the case.”  This comment seems to suggest that many people do have bed bugs without knowing it, all because their bite reactions fall beyond the spectrum of typical physical responses.

But it isn’t just unusual reactions that can create confusion.  Many people do not experience any reactions at all, even when their cohabitants do.  Even when a couple shares a mattress and the partners are bitten by the very same individual bed bugs, one partner can erupt in swellings or pustules while the other does not experience any effects.  Because bed bug bites are virtually painless and usually occur during sleep, victims who don’t have physical symptoms have no way of knowing it until they actually see the bed bugs (or bed bug bites on their housemates).

This brings up another salient point… 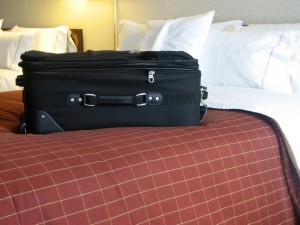 Are Bed Bugs Difficult to Detect?

So far, we’ve only talked about the difficulties of detecting bed bugs based on the unpredictability of victims’ bite reactions.  Unfortunately, this isn’t the only roadblock infestation victims face on their quest for a reliable detection method, because the bed bugs themselves can also be next to impossible to detect by a person who has not received proper training.

You have to bear in mind just how tiny and inconspicuous bed bugs really are.  We aren’t talking about buzzing, brightly-colored wasps, large and noisy cockroaches, or the frantic and conspicuous movement of moths.  As Harold J. Harlan notes in “Bed Bugs 101: the Basics of Cimex lectularius,” published in American Entomologist (Vol. 52, No. 2), “Adult bugs are 6 – 7 mm long.”  (They can, however, be even smaller.)

If you happen to have a ruler nearby, take a moment to get an idea of scale.  If you don’t, imagine six or seven tiny grains of salt stacked up in a little pile, or the size of a worn-down pencil eraser.  That’s how small a bed bug can be, despite eating dozens of blood meals.  Combined with the fact that they are dark brown, do not fly, and do not make any noise, bed bugs are extremely easy to miss.  This is particularly true if you have dark furniture, dark carpeting/upholstery, or less-than-perfect vision.

Since bed bugs are nocturnal, you’re highly unlikely to see any activity during daylight hours.  And, contrary to cartoonish depictions, you cannot simply flick on a light and wait to see if dozens of bed bugs scamper into the walls.  As Harlan’s article later notes, bed bugs are skilled at “seek[ing] cryptic harborages, are very small and elusive, and can detect and avoid many chemicals, including cleaning agents,” all of which means that bed bugs are likely to hide before you get a chance to see them.

Moreover, if you do see bed bugs running around your apartment, it means the infestation has reached extreme levels.  Ideally, you would want to catch and exterminate an infestation well before it escalates to that point.  If you have any questions or concerns, promptly contact the hotel manager for a room history, or your landlord for a professional inspection.  You can find more information about the pest control ordinances and who is responsible for paying for bed bug extermination treatments where you live in our guides to the Prince George’s County code, Baltimore City code, Baltimore County code, and Anne Arundel County code.  Depending on where you live, your landlord might be liable for the costs of extermination.

If you were injured or became seriously ill after being bitten by bed bugs at a hotel or in your apartment, you may be entitled to recover compensation for your pain, suffering, and financial losses. To talk more about your situation in a free and completely confidential legal consultation, call the attorneys of Whitney, LLP right away at (410) 583-8000.