Do I Have a Medical Malpractice Case?

Components of a Medical Malpractice Claim

While it’s normal to feel grief and anger when doctors fail to correct a health problem, a poor outcome does not always indicate that medical malpractice occurred.  There are many cases where doctors perform surgeries or other procedures perfectly, without making any errors, yet the patient still experiences subsequent pain, illness, or even death.

There are four key components which must be present in order for a medical malpractice claim to succeed.  If any of these components are absent, the strength of the claim will be undermined and the plaintiff will not be able to recover compensation for his or her injuries, pain, and suffering.

The first component is the nature of the relationship between the healthcare provider and the patient.  In order for a claim to succeed, a formal doctor-patient relationship must have existed.  This professional relationship creates a “duty of care” toward the patient.  If you have a bad reaction after taking casual advice from your friend who happens to be a doctor, you don’t have a malpractice claim. 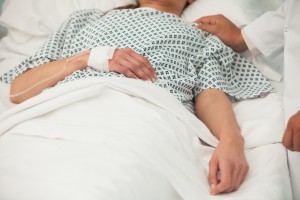 The third component, called “causation,” is that harm resulted from the doctor’s failure to meet the standard of care.  If the doctor makes a harmless mistake which does not result in any adverse effects to the patient, such as accidentally making one extra stitch, then there is no malpractice claim. (If the stitching later became infected because the doctor failed to sterilize their equipment, that would be a different matter.)

The final component, called “damages,” is that the error results in damages (harm/injury) to the patient.

This sequence is concisely summarized by a 2008 study (“An Introduction to Medical Malpractice in the United States”) published in Clinical Orthopaedics and Related Research, which states that “four legal elements must be proven: (1) a professional duty owed to the patient; (2) breach of such duty; (3) injury caused by the breach; and (4) resulting damages.”

Real-world examples help further illustrate the types of issues that can constitute medical malpractice.  Some common problems and mistakes from which malpractice arise claims include: 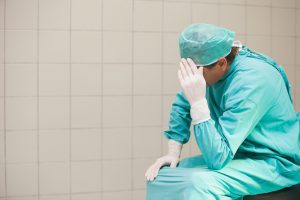 It’s alright if you still have questions, or aren’t quite sure about the strength of your claim – that’s what our personal injury lawyers are here for.

If you were injured or became seriously ill after receiving medical care in Maryland, or if one your loved ones was a victim of wrongful death, please don’t hesitate to call our law offices, any time of day or evening, at (410) 583-8000 to set up a free, completely confidential legal consultation.  While our law offices are located in Towson, we handle claims in Baltimore City, Baltimore County, Anne Arundel County, Carroll County, Howard County, Harford County, Montgomery County and Prince George’s County.