A false imprisonment lawyer files lawsuits and brings false imprisonment cases in Maryland to help victims who were held or detained against their will. Whitney, LLP’s attorneys know that being detained, restrained and held without legal cause is a violation of your civil rights and may be a crime.  We have experience representing victims who have been falsely accused.

What Is Your Case Worth? We offer Legal Consultations.

Call us at 410 583 8000, or use our Quick Contact Form, to discuss your potential false imprisonment case.

Here is our YouTube Channel for our videos on false imprisonment and legal rights.

Evidence must be quickly preserved in cases involving being wrongfully detained.

Acting quickly to preserve evidence, including audio and video surveillance footage, and emails and text messages, is critical in false imprisonment cases. Our lawyers quickly send the necessary letters to preserve all of this evidence so it can be used to demonstrate that our client was unlawfully imprisoned and detained. In some cases, surveillance video is only kept for 24-48 hours, which makes it important to quickly send preservation letters.

While the term “false imprisonment” brings to mind actual jails or prisons and the government or agents acting for the government, the truth is not always quite as cut-and-dried. Anyone can be falsely imprisoned in any location and by any party.

The Bill of Rights outlines the specific rights to which we are entitled, including our right to be secure against unreasonable searches and seizures.  The person or entity that detained someone against their will can be held civilly liable for those actions. This includes not only police officers and government offices but also security guards, shopkeepers, retail establishments, car dealerships, robbers, terrorists, and others. If you or someone you love has been illegally held or their freedom has been taken, Whitney, LLP’s lawyers are here to help. 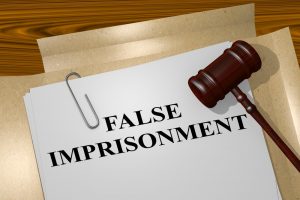 What is False Imprisonment?

The definition of false imprisonment is imprisoning someone without legal authority, but it does not simply refer to jail time.  False imprisonment refers to physically detaining a person against his or her will without the legal authority to do so. While police officers can detain people against their will in some cases, they must have both reasonable suspicion to hold them and probable cause to arrest them. Security guards also sometimes have the legal authority to detain people suspected of shoplifting, but there is a very fine line that overzealous guards and managers sometimes take that can result in lawsuits being filed and compensation recovered.

The legal authority to detain a person is carefully outlined and legally limited to protect your rights and safety. Neither stores or security guards, nor anyone else, can hold you against your will arbitrarily or for discriminatory reasons. If your freedom of movement has been restricted or restrained through unreasonable duress, physical force, or other means, you may have been falsely imprisoned and have the right to pursue damages and compensation.

When you or someone you love has suffered as a result of being falsely or wrongly detained or imprisoned, you might not know where to turn. The experience can be confusing and traumatizing, and you may not fully realize the scope of the offense immediately. You may have even suffered physical injuries or emotional distress in the process. Although you may have trusted or respected the person or authority that imprisoned you, you are now dealing with the aftermath of the trauma. What you are feeling is natural. Our experienced false imprisonment lawyers can help you determine your next best step, whether that is pursuing false imprisonment settlements or filing a lawsuit and taking your case to court. 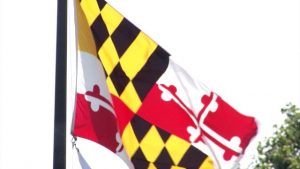 To prove a case for false imprisonment or false arrest in Maryland, the following elements must be proven. The definitions are derived from the jury instructions that a jury will hear when a judge reads them before the jury begins to deliberate:

a. Arrest: An arrest is the restraint or detention of a person by touching or by any act indicating an intention to take the person into custody and that subjects the person to the actual control and will of the individual making the arrest.

b. False Arrest: False arrest is an arrest made without legal justification and without consent.

c. False Imprisonment: False imprisonment is the intentional restriction without legal justification of the freedom of movement of a person who is aware of the restriction and who does not consent.

d. Probable Cause: Probable Cause is knowledge of facts and circumstances that would lead a reasonable person to believe the plaintiff had committed the offense.

e. Legal Justification: Legal justification means that the law authorizes or permits a person to arrest or restrict the freedom of movement of another.

Lawsuits and Cases for Unlawful Detention

You should never be held against your will illegally and without justification. The specific facts and details of your experience will affect whether you have a false imprisonment case and how it should best proceed. Because state laws can vary significantly and shopkeepers, medical professionals, law enforcement officers, and some others may be granted a fair amount of leniency in protecting their own rights and property, defense lawyers will go to great lengths to defend against a false imprisonment case. For this reason, you need an experienced and skilled false imprisonment lawyer such as those with Whitney, LLP who believe in your case and will vigorously fight for your rights.

Several scenarios fall under the heading of false imprisonment, including:

Restraint may be by physical or emotional means, such as through threat of emotional or physical harm. For example:

Civil cases are often settled after a lawsuit is filed but before a trial. By settling before a trial, plaintiffs are often spared the stress and time-consuming burden of the civil case. While settling out of court is not right for every person or every case, we can help you decide if it is right for you. If you choose to settle, our attorneys will negotiate the most reasonable settlement possible based on the facts of your case. If you prefer to go to trial, we will fight for fair and appropriate compensation for you.

Examples of False Imprisonment Claims Include:

Being detained for probable cause or held for questioning when you have the ability to leave may not constitute false imprisonment. However, these situations are fact specific and are worth consulting with a false imprisonment attorney to discuss if you have a case.

Suspected shoplifters are often physically retrained, taken to a small office, and questioned in a threatening manner by security guards or managers who are acting illegally.  Not only are security guards not allowed to detain a person who has not shoplifted, by touching the innocent victim and physically restraining them, assault and battery may also be claimed against the guard, leading to additional compensation that can be recovered.

Even if a person does shoplift and is caught, there are limits to the behavior the security guard of business may take.  Physical force, such as tackling, grabbing, punching and choking may give rise to claims for false imprisonment, assault and battery, and allow the victim to recover compensation.

If you or someone you love has claims of false imprisonment involving accusations of shoplifting, call us now to discuss your legal rights.

False imprisonment is legally classified as an intentional tort. A “tort” is a wrongful act that hurts someone else. Most torts are related to negligence or failure to act with reasonable care.

An intentional tort is a wrongful act that was harmful and done intentionally. That does not necessarily mean that the person who committed the wrongful act did so intending to hurt someone. It simply means that the act itself was intentional and the results were harmful.

As a tort, false imprisonment is a personal injury case, and that means you can seek damages, including for physical injuries and emotional distress. 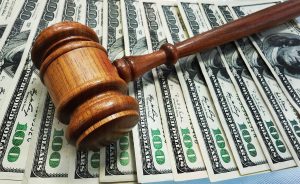 While we cannot turn back the hands of time and undo the damage of false imprisonment, we can help you seek compensation for your losses. If you find yourself seeking “false imprisonment lawyers near me” as your first step, your second step might be researching possible damages.

Civil damages refer to the monetary compensation recovered in a lawsuit based on injuries and other losses. The false imprisonment damages awarded can vary based on many factors, including the type of case and the extent of losses you suffered as a result.

Damages awarded for false imprisonment can include compensation not just for the illegal imprisonment but also any other losses that you may have incurred, including:

You may even be eligible to seek punitive damages, which are designed to punish the wrongdoer and inhibit future wrongdoing.

False Imprisonment Lawyer Near Me

Your case may be subject to a Statute of Limitations, which serves as an expiration date, and if you fail to file before this date, you may be ineligible for compensation. To ensure your rights are fully protected, contact Whitney, LLP’s experienced attorneys today to schedule a legal consultation.

Ideally, your rights will always be protected and respected. In reality, people and companies make bad judgment calls, abuse their authority, act maliciously, and act on their biases every day. If you or someone you love has been hurt as a result of false imprisonment, call Whitney, LLP to discuss your legal rights with a Legal Consultation at 410 583 8000, or use our Online Contact Form, and we will be in touch