A young Black man hired Whitney, LLP and recovered $50,000 after being falsely accused of shoplifting and subjected to racial profiling.  In this case, a young Black man went to a Maryland shopping center and purchased a item.  As he left the store carrying the item, on-duty security guards began to follow him.  The security guards believed he had stolen the item, even though he had paid for it.  When he was confronted by the security guards, he showed them the receipt.  Despite showing proof of ownership in the form of the receipt, they continued to wrongfully detain him for several minutes.  He believes he was a victim of racial profiling.

Your freedom and legal rights are worth a lot.  When a business unreasonably detains you, and takes away your freedom and rights, you can sue them and seek to recover compensation.

What Is Your Case Worth? Whitney, LLP offers Legal Consultations.

Our clients in false shoplifting accusation cases pay no out-of-pocket fees or expenses. 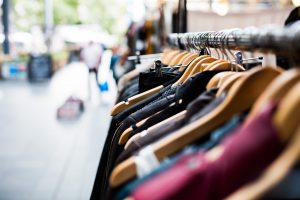 Store customers are often wrongfully accused of shoplifting due to racial profiling.

Racial profiling results in being accused of shoplifting when a business or store manager believes that a person stole something simply because of that person’s race.

Our minority clients have shared their experiences with us about being closely followed around stores and being constantly watched and questioned while they walk around stores.  When a store crosses the line and detains a person due to the color of their skin and without evidence of wrongdoing, that racial profiling can result in a lawsuit.

Racial profiling can cause emotional distress, stress and anxiety, and can lead to physical injury such as being handcuffed, beaten, or subject to other wanted and unauthorized touching or physical restraints.

If you have been the victim of racial profiling and have been wrongfully accused of shoplifting, call Whitney, LLP.

Victims of shoplifting accusations are often able to sue the business for false imprisonment claims.

False imprisonment occurs when a person is detained and prevented from leaving without legal justification.

When a store customer is detained and prevented by a manager or store security guard from leaving based on false accusations, they can now sue the business for false imprisonment.

A business or store manager has no legal right to prevent a customer from leaving the store when that person did not steal anything and there is no reasonable basis to detain that person.   Even so, many store managers and store security guards detain customers before having evidence of shoplifting. As the result, many customers’ legal rights are violated.  Those customers may now be able to sue for false imprisonment after being wrongfully accused of shoplifting.

Read about Whitney, LLP’s $100,000 false imprisonment settlement after a car dealer prevented a woman from leaving their dealership. 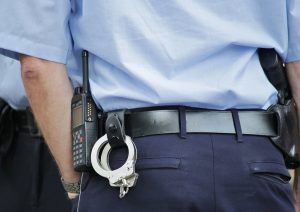 Handcuffed and Prevented from Leaving the Store

It is hard to imagine a more upsetting situation for a person who is shopping than to suddenly be wrongfully accused of stealing, handcuffed and prevented from leaving.  However, store security guards, who are often off-duty police offers, sometimes behave unreasonably and actually handcuff store customers who they suspect have shoplifted.

Stores that hire security guards who behave unreasonably can be held responsible for their guards’ actions.

Maryland law recognizes that citizens have the right to privacy.  There are multiple types of invasion of privacy claims.

When it comes to shoplifting and invasion of privacy, it is recognized that if a person is detained in a public place, such as in a store, or in a parking, where other people are walling by or watching, their privacy has been invaded.  Any person who is detained in a public place is likely to experience humiliation and distress, and potentially PTSD. 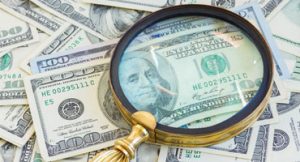 Being detained and falsely accused of shoplifting is very upsetting and be a traumatic experience.  Compensation can be recovered by victims who are wrongfully detained and accused of stealing.

Having the freedom to exit a store taken away, and instead being prevented from leaving a store, or being detained while other customers walk by, can be embarrassing and humiliating.

Compensation in false shoplifting accusation cases can be recovered for:

Call Whitney, LLP at 410 583 8000, or use our Quick Contact Form, to discuss your potential false shoplifting accusation case.

Watch our YouTube Channel for our videos on wrongful shoplifting accusation cases, false imprisonment and racial profiling, and how to fight back.

We have recovered settlements for our clients in false shoplifting accusation cases against some of the largest retailers and security companies in the world.

Of course, all cases are different and past results do not guarantee future results.