Health Risks of Bed Bugs on Babies and Toddlers

As a parent or caregiver, you want nothing more than protecting your precious child’s safety. But when a home, apartment, or hotel is infested by bed bugs, there can be serious health risks. While people of all ages are susceptible to illness and/or infection caused by bed bug bites, infants and toddlers are at elevated risk — especially when powerful pesticides are used in the home.

Bed bug bites are not the only health hazard associated with infestations. Sometimes, the treatment proves to be more dangerous than the disease.

In an official health advisory posted on November 27, 2012, the CDC noted a “dramatic increase in the number of bed bug-related inquiries received by the National Pesticide Information Center (NPIC) over the past several years.”

The CDC reports that NPIC received close to 170 bed bug pesticide-related hotline calls from January 2006 to December 2010. That averages out to approximately 34 yearly calls, or nearly three calls each month. The calls involved a few different issues, including “pesticides that were misapplied, not intended for indoor use, or legally banned from use.”

Among the 169 calls received, “129 resulted in mild or serious health effects (including one death) for persons living in affected residences.” In other words, more than three-quarters of all pesticide accidents had harmful or deadly effects.

All preventable deaths are tragic, but nothing could be more devastating to a well-meaning parent than the preventable death of their child. Sadly, accidental child deaths have occurred due to the excessive application of bed bug pesticides. 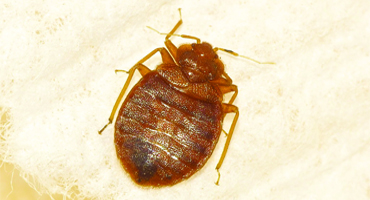 In February of 2015 — three years after the CDC posted its warning notice — an eight-month-old baby died in Alberta, Canada, after the child’s mother attempted to fumigate the family’s Fort McMurray apartment with illegal phosphine pellets obtained during a recent family vacation to Pakistan. The mother brought her baby and four other children, aged two to seven, were brought to the hospital after the children began vomiting.

The family’s names were not publicly released, but her sister told Edmonton reporters that “they just wanted to kill bugs…she just put some medicine over there in [the] apartment because she complained to the apartment caretaker and she didn’t respond to anything.”

Phosphine “will kill the bed bugs, but it’s nasty stuff,” said University of Alberta toxicologist James Kehrer. “Children are more susceptible to these things,” he told reporters. “It should only be used by a professional.”

Without knowing additional details about the building, it is inappropriate to speculate on whether the landlord was legally responsible for treating bed bugs in the unit. In Maryland, many county codes contain provisions holding landlords responsible for bed bug extermination.

The remaining tenants were evacuated after investigators determined the source of the contamination. “The building is safe,” said the landlord, who also lived in the building at the time of the incident.

“It’s a difficult situation,” she told reporters. “I know the kids… I see them. It’s not easy to see someone pass away. It’s such a small baby.”

Fort McMurray Fire Department deputy chief Brad Grainger said the phosphine gas emitted by the pellets was similar to aluminum phosphide, which is commonly used as rat poison in North America. Its cousin, zinc phosphide, is a common ingredient in cheap pest killers available for purchase over the internet.

The CDC classifies phosphine gas as a lung-damaging agent and warns that its pure form is odorless and colorless. 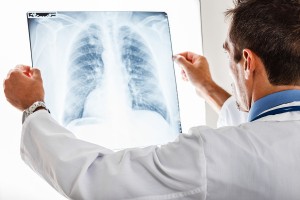 Bed Bug Bites on Babies and Toddlers: What to Look Out For

Sometimes, mosquito bites on your baby or toddler can be confused for flea or mosquito bites. If you suspect your baby has been bitten by bed bugs, take note of the following symptoms:

While the most effective way to determine if your baby or toddler is sleeping in a bed with a bed bug infestation, the fact of the matter is, these insects are excellent hiders. However, aside from the symptoms that your child may exhibit after being bit by bed bugs, you can check for other indicators such as fecal stains on a mattress or bedding, tiny spots of blood on sheets or their pajamas, and brown exoskeletons. Pay attention to what you’re nose may be trying to tell you, as well; a strong musty smell typically accompanies these pests if there’s a large infestation.

What Are the Health Risks of Bed Bug Bites for Infants and Toddlers?

Excessive use of pesticides is not the only danger present in infestations of homes with babies and children. As you may be aware, if you’re a regular reader of our blog, medical studies have linked bed bug bites with the transmission of Chagas Disease and hepatitis B. Both of these conditions can kill an otherwise healthy adult — and for an infant or toddler whose immune system is still developing, the danger is even greater. Other health concerns include:

Bedbug bite reactions vary from baby to baby; some may suffer from mild to severe itching to allergic reactions. Additionally, babies may suffer from loss of sleep and be more irritable due to a bedbug infestation. A severe case of bedbug bites on your baby can leave their sensitive skin scarred. If your baby develops an abscess or swelling in the affected area, runs a fever after getting bit by the bedbugs, or has difficulty breathing due to an allergic reaction, seek medical help.

Is Pest Control Safe for Babies?

Pesticides are harmful, and children are more susceptible than adults. After all, your baby’s body and immune system are still developing. When considering pest control options for your home with babies or young children, it’s crucial to weigh the potential harm from pests with pest control measures.

If you think someone in your family might have accidentally ingested a poison or pesticide, call 9-1-1 immediately. Some other helpful numbers are listed below:

Does Your Baby or Toddler Have Bed Bug Bites? Turn to Whitney, LLP

If your landlord refuses to assist you with a bed bug apartment infestation, or if your home was contaminated after visiting an infested hotel or motel, the bed bug lawyers of Whitney, LLP can help you fight for compensation. To arrange for a free and private case evaluation, call our law offices at (410) 583-8000.