Invasion of privacy lawyers bring claims when there is an unlawful intrusion into the life or affairs of another, without consent.  There is no limit to the different scenarios that can constitute privacy violations.  With the rise of social media and the ability of information to quickly spread on the internet, these claims are becoming more and more common, with more severe consequences.

The attorneys at Whitney, LLP have experience representing clients whose personal lives were invaded and disturbed by others, resulting in embarrassment, humiliation, anger and loss.

If you are wondering whether you have an invasion of privacy claim, contact Whitney, LLP for a Free Consultation

Fortunately, evidence of privacy violations is often readily available.  Digital footprints are left by illegal computer and e-mail account intrusions, security cameras record almost every interaction in public and at many private homes, and screenshots can be captured of texts, FaceBook posts and other digital communications.

When guests discover hidden cameras making secret recordings, the memory cards in the camera and other information on the hidden camera can often lead back to the individual who hid the camera. 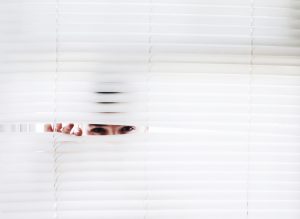 Technology has reached a point where hidden cameras can be placed almost anywhere and on any normal device.  Victims who find hidden hidden cameras and realize they have been secretly recorded are upset and want to know who did it, where the recording is, and whether it has been shared online.

After finding a hidden camera, the first step is often to call the police.  Also important is to get evidence of the secret recording.   When unsuspecting guests discover they were secretly recorded without their permission by hidden cameras in rentals, bathrooms, hotels and apartments, that footage can often be recovered from the hidden camera.

If you have discovered that you were secretly recorded by a  hidden camera, our lawyers can help bring invasion of privacy claims against the responsible party.  Lawyers for hidden camera claims are seeing more and more cases due to the creative and inexpensive technology that is allowing wrongdoers to invade privacy of others.

Four Types of Claims an Invasion of Privacy Lawyer Can Bring

The tort of invasion of privacy in Maryland embraces four distinct causes of action:

Under Maryland law, an individual can assert a claim for any of these kinds of invasions of privacy depending on the facts of their circumstances.

Each claim requires different elements to be satisfied, and it is helpful to consult an experienced attorney to make sure the correct claims are brought. 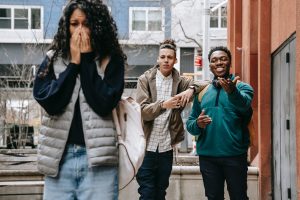 An intrusion upon seclusion claim in Maryland must allege the following three elements:

False Imprisonment and Intrusion Upon Seclusion

2. Appropriation of Name or Likeness

An appropriation of name or likeness claim in Maryland must allege the following three elements:

This cause of action applies where a plaintiff’s name or likeness is appropriated for purposes of taking advantage of their reputation or some other value associated with their identity.

Example of Appropriation of Name or Likeness Privacy Violation

The most common example of such a claim is where one uses another’s name or likeness to enhance their own commercial wellbeing—e.g., using a plaintiff’s name or picture to advertise a defendant’s business or merchandise without consent.

For example, where a business posts a fake positive Google review of their own product or service under the name of one of their customers without their consent, an appropriation claim has arisen.

Similarly, using a photograph or video of a person without their consent in a marketing campaign would also give rise to an appropriation claim. 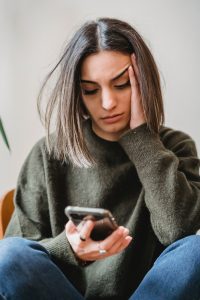 3. Unreasonable Publicity Given to Private Life

An unreasonable publicity given to private life claim in Maryland must allege the following three elements:

The purpose of this cause of action is to redress the publication of private facts which would be highly offensive to a reasonable person. It does not cover the recordation and circulation of anything already visible in a public place, as this only amounts to giving publicity to something that any member of the public is already free to see.

Some examples of unreasonable publicity given to private life claims include unauthorized publication of a prior arrest record or of details regarding one’s marital and/or familial status, and the unauthorized taking and publication of photographs of people engaging in sexual acts in their own home.

4. Placing a Person in a False Light

A claim for placing a person in a false light in Maryland must allege the following three elements:

The purpose of this cause of action is to redress publication of false facts that falsely characterize a person in a highly offensive manner. The publication must be sufficiently broad such that the facts become public knowledge—it is not enough for a defendant to communicate a false fact to a single individual or even a small group of people.

A false light claim arises, for example, if a reporter publishes an article about an individual that falsely states that they have been arrested in the past or that they have children out of wedlock, when the reporter either knew the information was false or published the article with reckless disregard for the truth. Such a claim can also be asserted if such false information is posted on social media. 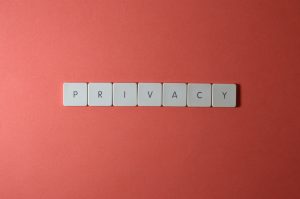 When privacy is violated, people often feel emotional distress, including embarrassed, humiliated, exposed, angry, anxious and upset.  If the intrusion causes economic loss, such as a business being hurt from false claims made about its services or reputation, money damages can be recovered.

Lawsuits filed for Invasion of Privacy Claims by Whitney, LLP

In 2021, Whitney, LLP filed an invasion of privacy lawsuit against a health care provider who posted a fake positive Google review in a patient’s name.  The patient never gave consent, and actually had a terrible experience.  His privacy claims include appropriation of name and likeness as well as unreasonable publicity given to his private life.

Also in 2021, we filed a lawsuit against a Maryland mall after our client was falsely accused of shoplifting and surrounded by security in the parking lot.  Although he had his receipt and offered it to the security guards, they blocked him in and forced him to wait until the police arrived, after they made a false police report saying they had seen him steal.  In addition to his claims of invasion of privacy, he also has claims for false imprisonment. Whitney, LLP’s attorneys have experience representing individuals who have had their personal privacy wrongfully invaded.  We know the upset and distress that violation of basic privacy rights can cause.

We can help you can fight back, limit the damage and recover compensation for what was done to you.

We offer Free Consultations and can review your potential claim to determine if the facts of your situation give rise to a legal claim for invasion of privacy.