Is it Legal to Text and Drive in Maryland?

Cell phones and smartphones have changed our society dramatically. Unfortunately, it hasn’t always been for the better. With nine in 10 adults now strapped to mobile devices 24/7, Baltimore car accidents caused by distracted driving have become more commonplace than ever before. In an effort to combat the problem, Maryland has passed tough cell phone laws for drivers. Whether you’re a local resident or just a person who’s planning a vacation, you should know about Maryland’s distracted driving laws – and the penalties for breaking them.

How Many Car Accidents Are Caused by Distracted Driving?

We’re sure you don’t need statistics to convince you that cell phone ownership has grown like clockwork during the past decade or two; but in case you were curious, the Pew Research Center reports that 53% of U.S. adults owned cell phones in 2000, compared to 90% in early 2014. If things continue to progress at the same pace, almost every adult in the United States will come to own a cell phone or smartphone within the next few years.

There are plenty of upsides to this trend, but there have also been some drawbacks – including increased opportunities for crashes and collisions caused by distracted driving. In fact, according to a recent brief released by the Maryland Motor Vehicle Administration (MVA), distracted driving caused nearly 53,000 automotive accidents during the five-year period spanning 2009 to 2013. Collectively, these accidents resulted in more than 18,000 injuries: about 50 injuries each day, or two every hour. 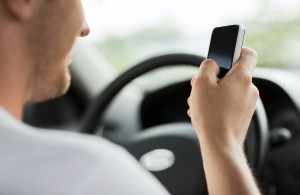 Of course, it would be unfair (and inaccurate) to pin 100% of these accidents and injuries on cell phone use alone. According to the Distracted Driving Program, which is just one of the MVA’s many Highway Safety Programs, other common causes of distracted driving include:

While these causes are sometimes to blame, texting and talking on the phone remain “the leading causes of distracted driving.” After all, when was the last time you saw an ad campaign against eating while driving?

It is illegal to use a handheld cell phone while driving in the state of Maryland. That means no texting, no changing songs, no searching for restaurant reviews, no looking up directions to your hotel – absolutely nothing that involves typing. Hands-free devices should be used sparingly, since conversation can still be a major distraction. The Maryland Distracted Driving Program recommends using your phone for emergencies only – and even then, urges drivers to pull over onto the shoulder.

Since texting while driving is strictly prohibited, violations are subject to penalties. In fact, Maryland’s former penalties for distracted driving were recently enhanced with the passage of “Jake’s Law” (HB 1212) in 2014.

Jake’s Law – named for five-year-old accident victim Jake Owen, who was killed in 2011 – raised the former penalties to a maximum of one year in jail and $5,000 in fines for distracted drivers who cause crashes resulting in death and/or injury. Drivers also receive 12 points on their license: more than enough to result in the loss of driving privileges. (Eight to 11 points is sufficient for a Maryland driver’s license to be suspended.)

“We were stopped in traffic,” said mother Susan Yum, describing the accident that claimed her son’s life, “when suddenly we were struck from behind by an SUV going 62 miles an hour… I found out later that when [the driver] struck us, that he had not even applied his brakes. So he didn’t see us. So for 500 yards, because it is a straight shot… he didn’t see what was going on in front of him because he was so distracted by his cell phone.”

The driver was fined $500 and faced no additional penalties, leading a devastated Yum to take action. Because of her legal efforts, Maryland motorists now have much greater incentive to avoid driving dangerously. 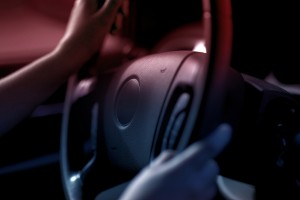 Outside of Jake’s Law, which applies only to accidents resulting in death or injury, other penalties for distracted driving violations in include the following:

Exceptions may be made for emergency calls (e.g. 9-1-1 calls, calls to the fire department, and so forth). Points will not be added to a license unless the violation results in an accident.

If you were hit by a texting driver in Baltimore or elsewhere in Maryland, you may be entitled to compensation for your injuries. To start talking about your case in a free and confidential consultation, call the attorneys of Whitney, LLP at (410) 583-8000. We also handle motorcycle accidents and bicycle accidents.