Whitney’s LLP’s attorneys for car dealer problems have experience representing car buyers who were tricked into paying for car advertised as new, when the car was actually not new. Consumers have more legal rights than they realize, and we help buyers fight back against dishonest dealers.

Click Here to Read about our Top 10 Most Common Types of Cases against Car Dealers.

We offer Free Consultations. Call Whitney, LLP at 410 583 8000, or use our Quick Contact Form, to discuss your potential case.  Here is our YouTube Channel  for more videos on car dealer legal issues.

When a New Car Has Damage or Was Sold Before

Edited Transcript is below:

Hi, this is Dan Whitney with the Whitney Law Firm in Towson, Maryland. Today we’re going to talk about the interesting topic of when a new car is not really a new car. So, I’ve been a lawyer for about 10 years. I’ve handled many car dealership cases, many problems involving car dealerships across Maryland. And some of these arise out of the issue of somebody buys a car that is advertised as new and somehow they find out that it’s actually not a new car. So how does this happen? 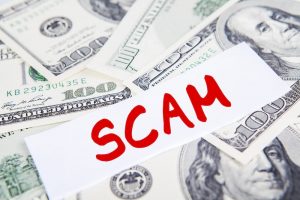 When a New Car Was Sold to Someone Else First

What happens is usually it’s one of the two things. One, a vehicle will get delivered, meaning another consumer takes possession of it, drives it off the lot as if it was their own. The vehicle gets delivered to somebody else, that person uses the car for an extended period of time. And then usually, something happens like financing is not approved, they have to bring that car back.

Now, in Maryland, there are disclosure requirements where if a car is delivered to somebody else and there’s some other factors, but generally speaking, that must be disclosed to a new buyer because of course that buyer is going to want to know. They’re going to find it important to know before they buy a car, “Has this been delivered to somebody else? Has somebody else used this like it’s their own car? Because if so, I may not want that. I may want a real new car that’s actually new in every sense of the word. And I just don’t want anybody else to have possessed it and used it how they may have used it. I want a new car.”

The Maryland Administrative Regulation, COMAR 11.12.01.14(K) addressing prior delivery of a new car can be viewed in full here, and is also below:

K. A vehicle which has never been titled, but which has been previously delivered to a customer, may be subsequently sold as a new vehicle if the:

(1) Vehicle has not been used in a manner so as to destroy its newness; and

(a) The number of persons to whom the vehicle was previously delivered;

(b) The mileage accumulated on the vehicle while it was in the possession of each prior customer;

(c) The reason the prior customers returned the vehicle to the dealer;

(d) Any other information required by this regulation or any other State or federal law; and

(e) A written disclosure in 10-point type and separate from the purchase contract document which states: “PART OR ALL OF THE MILEAGE ON THE ODOMETER OF THIS VEHICLE RESULTED FROM PREVIOUS DELIVERY TO A RETAIL PURCHASER WHO NEVER TOOK TITLE TO THE VEHICLE. FEDERAL LAW REQUIRES A BUYER’S GUIDE TO BE ATTACHED TO THE SIDE WINDOW OF THIS VEHICLE. YOU ARE WELCOME TO INQUIRE AS TO THE SPECIFIC USAGE OF THE VEHICLE FROM THE DATE OF ITS DELIVERY TO THE DEALER. YOU ARE ALSO WELCOME TO CONDUCT WHATEVER INSPECTION YOU DEEM APPROPRIATE PRIOR TO ENTERING INTO AN AGREEMENT TO PURCHASE THE VEHICLE.”

We had a case where that scenario came to light after our client bought a car that had about 600 miles on it. She went to activate the Sirius radio. And when she got home and she tried to activate it, she was told, “This has already been activated.” She said, “Well, that doesn’t make any sense. This is a new car. It has 600 miles. I was told that the manager’s wife drove it. Why would somebody activate the Sirius radio?” And she had the foresight to say, “Well, what was the person’s name who activated the subscription?”

Fortunately, it was a pretty unique name. And she contacted our office, provided the name of that person. I reached out to that person and I said, “Hey, I’m Dan Whitney. I represent Ms. So-and-so in connection with this car. Here’s what happened. Can you tell me why did you activate the Sirius radio?” And he said, “Oh, I took delivery of the car. It was mine. I bought it. And then I got a call from the dealership about a week later saying, ‘If you want to keep it, you have to put down more money’.” And the gentleman said, “I didn’t want to do that so I just took the car back to the dealership and gave it back to them and said, ‘You keep it’.”

So that’s a perfect example of when a dealer should have disclosed, “This has been delivered to somebody else.” But of course they didn’t because they wanted to make more money and their fear was, “If we tell somebody this, they’re going to say, ‘I want a thousand or two off the sticker price because now it’s a used car’.” So of course they just stayed quiet, let their greed control them and decided to try and cheat somebody. And in that case, it didn’t work out for them. 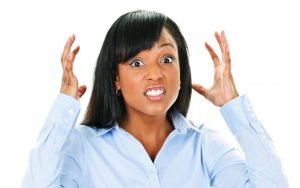 When a New Car is Damaged, But Damage is Not Disclosed

In a recent case, a man went to go buy a new vehicle. After taking possession of it, he happened to look in the glove box a few days later and he discovered repair orders for work that had been performed at the dealership to the tune of about $2,000. So he went back and he said, “What is this? Did you guys do the work?” And the dealer said, “Yeah, we did it.” And he said, “Well, I want a new car, not a damaged car.” And they said, “Take a hike.” So he called us and we filed the lawsuit and the case is actually ongoing.

But what’s interesting is, in Maryland at least, there’s a damage threshold. If the repair bill for the damage to a new car, which is defined as a car that has not yet been titled, if the damage repair costs are more than 3% of the MSRP, there is a written disclosure that dealers are required to provide to the customer for the exact reason that the customer, at least in Maryland is entitled to know, “This car, although is not yet been titled, has been damaged.”

And of course, some people might say, “I don’t care. Give me some money off.” And others might say, “No, a new car means a new car to me. I want something that’s not messed up at all. I don’t want to have to worry about were repairs done right. I don’t want it.” But the point is that puts the customer on notice that the new car was damaged and then they can decide, “Do I want to go down this road or do I want a real new car?”

The Maryland Administrative Regulation, COMAR 11.12.01.14(K) addressing damage disclosure on new cars can be viewed in full here, and is also below:

(1) If, before consummating the sale of a vehicle which has never been titled, the vehicle has sustained either body damage or mechanical damage resulting in repairs which exceed 3 percent of the Manufacturer Suggested Retail Price, the dealer shall fully disclose this information in writing to the prospective purchaser. The following apply:

(a) The disclosure shall specify who is providing warranty coverage on the replacement parts; and

(b) The dealer shall disclose any damage which may affect the:

(ii) Life expectancy of the vehicle; or

(iii) Safety of the vehicle.

(2) Upon request of the prospective purchaser or purchasers, the dealer shall provide a copy of the repair order illustrating the extent of repairs conducted to repair the damage.

The Dealer Sold Me a New Car that Was Not New

We experience helping car buyers fight back against dishonest dealers in a variety of scams of schemes.