If you’re a regular reader of our legal blog, you know we often write about bed bug litigation. For this piece, we’re expanding our focus to pesticides used to treat termites as well as bed bugs in order to bring greater awareness to a serious health hazard associated with both of these common household pests. But it isn’t biting, stinging, or even transmissible disease that is the focus of this blog — it’s the toxic pesticide used to combat these creatures. At least one boy and two teenagers have been acutely poisoned this year in 2015, resulting in multiple lawsuits against pest control company Terminix. Improper pesticide application can result in innocent victims and tenants suffering injuries including nerve damage, paralysis, brain damage, lung damage and a variety of other injuries.

Sulfuryl fluoride is a colorless, odorless gas. It was developed by the Dow Chemical Company in 1959 to eradicate termites, which are notorious for the havoc they wreak on wooden structures. Today, sulfuryl fluoride continues to be a common ingredient in many professional-grade fumigants, or gas-based pesticides, including ProFume (which kills numerous species) and Vikane (which targets termites and bed bugs). 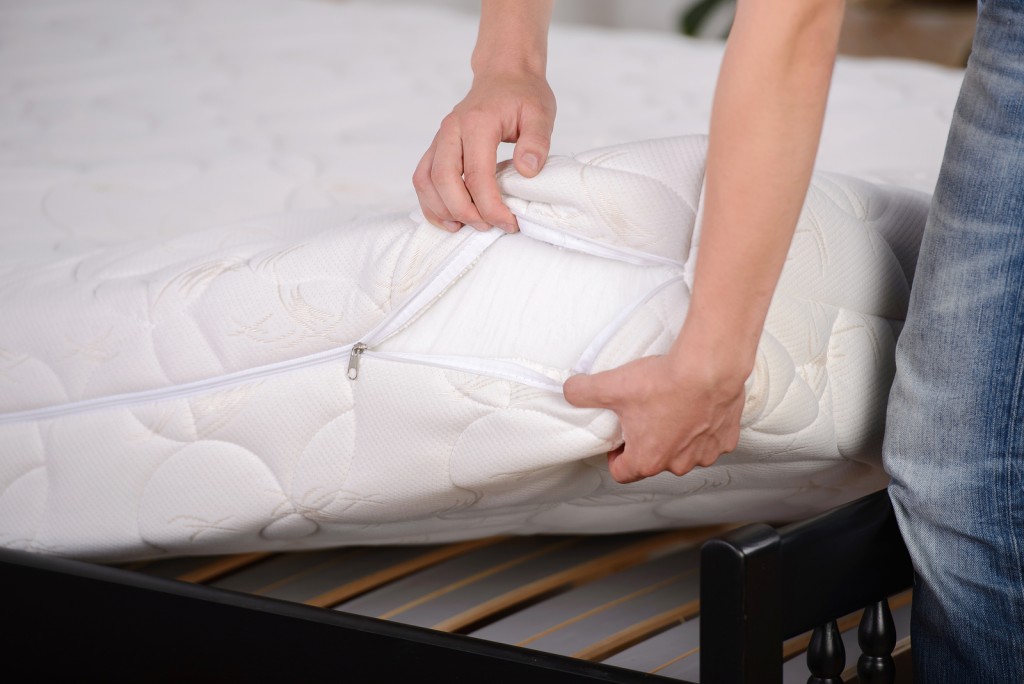 ProFume’s website cautions visitors that “ProFume is a federally Restricted Use Pesticide.” Vikane’s carries the same warning, and with good reason — because it isn’t just bugs and insects that can be harmed or killed by high concentrations of these dangerous chemicals. Researchers have thoroughly documented sulfuryl fluoride’s harmful effects upon human health.

For instance, during the 1990s, Cornell and other universities collaborated on a research project called EXTOXNET, which published research on various pesticides and toxic chemicals. Here’s how EXTOXNET describes sulfuryl fluoride:

Importantly, EXTOXNET also notes that sulfuryl fluoride “does not cause tears or immediately noticeable eye irritation, and lacks any other property which would serve to warn persons of its presence.” Because the toxin cannot be detected, exposure victims have no way of knowing they are breathing in this deadly poison until they have already begun to feel its effects – and by then, it may be too late to provide effective treatment for the victim.

This is precisely what happened to 10-year-old Peyton McCaughey, whose family’s Florida home was fumigated with sulfuryl fluoride by Terminix this August.

The family returned to their home on August 16, two days after the treatment, having been assured it was safe to return. However, despite these assurances, it didn’t take long for the entire family to start experiencing nausea and vomiting.

While all of the McCaugheys were sickened, Peyton suffered the most severe reaction. The boy was brought to a clinic after his parents noticed him struggling to speak and stand upright. Peyton was ultimately transferred between three different hospitals in an increasingly desperate effort to save the boy’s life.

While his condition is gradually improving, Peyton’s protracted medical ordeal has left the once-healthy, active child severely disabled. According to family members, the 10-year-old is now virtually unable to speak, and is “not able to walk, or even lift his own head.” His injuries include traumatic brain injury and loss of motor skills.

The McCaugheys have since filed a personal injury lawsuit against Terminix – which was already embroiled in an unrelated lawsuit stemming from a similar incident earlier this year.

It’s tempting to dismiss the McCaughey story as a one-in-a-million and rare occurrence. Yet the McCaugheys are not alone in facing such horrific tragedy. Mere months before Peyton was poisoned, another family suffered through a nearly identical experience, again at the hands of negligent Terminix exterminators.

In March of 2015, the Delaware-based Esmond family was enjoying a vacation at the Sirenusa Resort in St. John, which is part of the U.S. Virgin Islands. Approximately one week into their stay, the Esmonds all became so seriously ill they had to be air-lifted to hospitals in the United States. The Esmond boys, aged 14 and 16, were listed in critical condition.

Now, half a year after their exposure, the boys are still largely unable to move. Their father continues to suffer from tremors, and struggles to speak clearly. 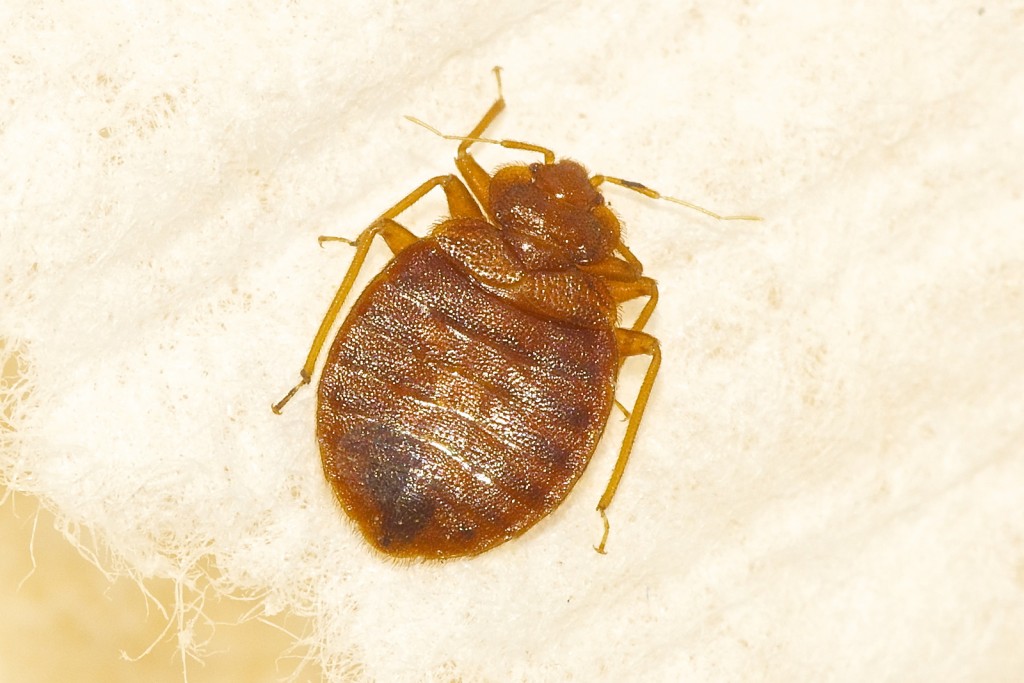 However, there is one difference between these two incidents. In the case of the Esmonds, the pesticide used wasn’t ProFume, Vikane, or Zythor, the Vikane substitute which was used to treat the McCaughey’s Florida home. The fumigators who treated the Esmond family’s vacation resort used a chemical called methyl bromide (bromomethane), which predates sulfuryl fluoride by about 30 years. Like sulfuryl fluoride, methyl bromide can seriously injure or even kill humans who are exposed to high enough concentrations.

Methyl bromide is banned for non-agricultural applications. It is currently classified as a Restricted Use Pesticide by the EPA, which notes that “methyl bromide has been phased-out in developed countries” in favor of sulfuryl fluoride, which, while similarly toxic to human life, is less harmful to the ozone layer.

The National Pesticide Information Center (NPIC) describes methyl bromide as being “highly toxic” and “corrosive to both the skin and eyes,” noting that exposure can cause “headaches, nausea, vomiting, difficulty with vision, lack of energy, confusion, loss of coordination, slurred speech, and skin, eye, and respiratory irritation… paralysis, convulsions, coma, and death.” Furthermore, according to the EPA, “Studies in humans indicate that the lung may be severely injured by the acute (short-term) inhalation of methyl bromide. Acute and chronic (long-term) inhalation of methyl bromide can lead to neurological effects in humans.”

The Esmond boys, who have not made any significant recovery, are still battling to overcome some of these devastating effects.

The Esmond case is a tangle of details still being investigated by the EPA, which prohibits the use of methyl bromide in residential settings like the villa in St. John. While manufacturer Chemtura states that methyl bromide is supposed to be scented so that it is detectable, the Esmond family say they never smelled anything unusual. Terminix has not issued any public statements regarding that aspect of the investigation.

If you became sick after your home or vacation property was fumigated or treated with pesticides for bed bugs, termites, or other household pests, the pest control company you hired may have been negligent and may be liable for your injuries. To set up a free and private case assessment, call the apartment bed bug lawyers of Whitney, LLP at (410) 583-8000 today. We have successfully recovered compensation for clients who were injured by the negligence of multiple pest control companies.