Watch the Video Below:  Consumers are being victimized by scams, forgery and fraud in bad solar power and solar panel contracts.  These long term, 25-30 year solar purchase and lease contracts are often sold door-to-door, with salespeople who are desperate to make their sales quote.

Whitney, LLP’s lawyers for problems with solar power contracts help and represent Maryland consumers who did not sign these solar contracts, but are being held responsible despite their forged signatures.

Click here to read more about Problems in Solar Contracts by Whitney, LLP.

We offer Free Consultations to Home Owners with Solar Contract Problems. Call Whitney, LLP at 410 583 8000, or use our Quick Contact Form, to discuss your potential case.  Here is our YouTube Channel  for more videos.

Hi, this is Dan Whitney with the Whitney law firm in Towson, Maryland. Today, we’re going to talk about scams, problems and forgeries on solar panel contracts. So there are a number of industries that have serious problems. House flipping is a big one. Car dealerships are known for being dishonest. And with the rise in increase in green energy, the solar industry, particularly contracts for solar panels have become targets for primarily dishonest salespeople who will do anything by hook or crook to sign somebody up to get their commission. 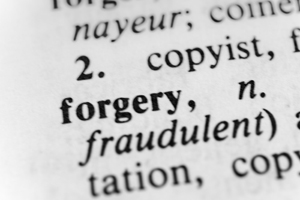 Problems With E-Signatures on Solar Contracts

So typically what will happen when a salesperson is trying to sell a contract for solar energy or solar panels, they’ll knock on doors until they find somebody interested, they’ll go through their sales pitch. And if the person’s going to sign, it often happens on an iPad or something like that using an electronic signature.

What happens is that the door-to-door solar salesman and sales woman, if they’re being dishonest, they will forge the homeowner signature on a contract.

Now, the homeowner will often not find out about the forged contract often until another 30, 60 or 90 days when they may start getting calls about why they have not  paid, or why have you not made the arrangements to have the installation crew come and install the solar panels on your house.

Fraudulent Solar Contract Is Not Enforceable

It comes to the homeowner’s attention that a signature was put on a contract purported to be theirs, but actually it was not.

So the good news is, if this has happened to you, this is a known problem. Most, if not all of the large solar companies had lawsuits filed against them for forgery on the solar contracts.

So if your signature was forged on a solar contract, of course, you should not be responsible for any of the obligations of that contract.

And these contracts can be tremendous in terms of responsibility and the length of time. It’s typical to see solar panel or solar energy contracts with a purchase or at least contract for 25 to 30 years, which is a tremendously long time to be locked into something, especially if you never signed it in the first place.

Solar Company Ignores and Will Not Cancel the Forged Contract

Sometimes, even if the solar company is informed that the contract is based on a forged signatures, they will refuse to cancel the contract.

In that case, there are additional legal claims that the homeowner can sue the solar company for. It is easy for a solar company to ignore customer complaints of a forged contract, but they cannot ignore a lawsuit.

Lawyers for Solar Contract Scams and Fraud in Maryland

Whitney, LLP’s lawyers for solar contract problems help customers in Maryland who have been the victims of fraudulent and forged solar panel and solar energy contracts.

We offer Free Consultations to Home Owners with Solar Contract Problems. Call Whitney, LLP at 410 583 8000, or use our Quick Contact Form, to discuss your potential case.