With nearly 750,000 residents, Seattle is one of the biggest tourist spots in the Pacific Northwest region of the US. Seattle has only recently in the past few decades become the giant it is today due to a large stream of new software, biotechnology, and Internet companies starting up in the city which led to an economic growth that still draws in people looking for a better life. But Seattle is not just known for its technological advancements, as it was once known as the center scene for jazz music up until the 1960s where rock & roll took over until about early 2000s. With all of these well-known markings of Seattle and other attraction spots, new residents and tourists come through the city throughout the year making the hotel and apartment business pop as well. Unfortunately, not all of these living spaces have perfect health conditions as landlords and managers have been looking for shortcuts to cut back costs and have been ending up with bed bug infestations.

If your hotel or apartment in Seattle became infested by bed bugs, you may have a personal injury claim and could be entitled to compensation. The Seattle bed bug attorneys of Whitney, LLP can help. We have represented hundreds of clients in bed bug cases and recovered over $11 million for our clients in bed bug cases. If you need help filing a bed bug claim or lawsuit, contact us online today to set up a free consultation, or call Whitney, LLP at (410) 583-8000 to speak with a bed bug lawyer in Seattle, Washington.

HOW TO IDENTIFY BED BUGS

The scientific name for the common household bed bug is Cimex lectularius. Bed bugs, which are part of the Cimicidae family of insects, are tiny, blood-sucking parasites that emerge at night to feed on their sleeping hosts, which can be people, dogs, cats, or any other warm-blooded animal. Though commonly found in bedding, bed bugs can also be spotted on, in, or underneath furniture, drapery, clothing, stacks of toys or books, and even electrical outlets.

In its unfed state, a bed bug appears oval-shaped, flattened, and several millimeters long. While feeding, bed bugs grow to roughly one-quarter of an inch, their bodies changing from rounded and flat to long and cigar-shaped.

HOW TO TELL IF YOU’VE BEEN BITTEN BY BED BUGS

In most cases, bite reactions include small red or pink welts, which may be mild to extremely itchy for up to several weeks. Some individuals experience no physical reactions at all, while others, at the opposite end of the spectrum, endure debilitating symptoms and health complications.

Because of the variations in physical responses to bed bug bites, prompt and professional diagnosis is critical. The sooner you receive a medical diagnosis, the sooner you can start on any necessary treatment.

Many people have a perception that bed bug bites are simply “itchy” or “annoying.” What fewer realize is that, unfortunately, bites can lead to serious health problems – even in individuals who did not initially experience severe reactions to being bitten. For example, itchy but otherwise harmless bites can lead to excessive scratching. This creates wounds in the skin, potentially leading to secondary bacterial infections and scarring. Skin infections that have been linked to bed bug infestations include impetigo, cellulitis, lymphangitis, and ecthyma.

A less common but perhaps even more dangerous complication is anaphylaxis, an allergic response that can be triggered by proteins contained in the bed bug’s saliva. Some individuals have heightened sensitivity to these proteins (called “antigens”), resulting in an anaphylactic reaction. Symptoms of anaphylaxis – which can progress rapidly without swift medical intervention – can include nausea or vomiting, weakness and fatigue, confusion, facial swelling, respiratory problems, and ultimately, shock or even death.

Bed bug infestations can also wreak terrible financial and emotional harm. Victims frequently report struggling with anxiety, depression, and insomnia – conditions which are only exacerbated by the physical and financial devastation an infestation can leave behind.

SUING YOUR LANDLORD OR HOTEL FOR BED BUGS IN SEATTLE, WA 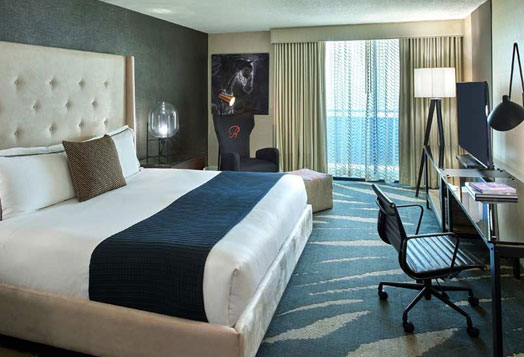 When you sue a landlord or hotel in Seattle, you will need to prove that the other party was  “negligent.” Negligence, put simply, means that a person (or business) failed to take the normal, reasonable actions that would be expected to prevent an injury or accident from occurring, considering the circumstances. For example, negligent property maintenance often plays a role in allowing preventable bed bug infestations – and the bites they result in – to occur by failing to respond to reports of infestations by prior guests.

Since the claimant or plaintiff carries the burden of proof, the injury victim is responsible for proving that negligence occurred and somehow caused his or her injuries. Examples of evidence that can support a claim include photos of the infested property, photos of the bites, medical records, and expert medical opinions. If it is not possible to settle the claim out of court, it may be necessary to litigate the case. Compensation that may be recoverable includes compensation for medical bills, lost or damaged property, and mental anguish caused by the infestation.

If you were bitten by bed bugs in your apartment or hotel room in Seattle, ask the experienced bed bug attorneys of Whitney, LLP about your legal options.  To discuss your potential claim, and the case you may have against your landlord or other parties whose negligent acts contributed to your injuries and financial losses, contact us. To discuss your potential claim confidentially in a free legal consultation, contact our law offices online today, or call Whitney, LLP at (410) 583-8000.