As we’ve mentioned in previous articles, not everyone has the same physiological reaction to bed bug bites. While most people share a common emotional reaction — namely, a feeling of disgust and revulsion — the spectrum of physical responses varies from having no reaction at all, to requiring immediate hospitalization for a life-threatening medical emergency.  So what’s behind these extreme disparities?  Is it simple luck of the draw, or are certain people biologically predisposed toward bed bug bite sensitivity?  Our apartment and hotel bed bug lawyers explain the reasons behind different physical reactions to being bitten by bed bugs.

Will I Feel Being Bitten by Bed Bugs?

Only about 20% of the population is allergic to bed bug bites.  What that means is that only about 20% of people will show signs of being bitten by bed bugs and suffer the subsequent symptoms.  This means that two people sharing an apartment or hotel room may both be bitten, but only the person who is allergic will wake up with bites, itching and discomfort. The non-allergic person will not notice anything different.  However, even though the non-allergic person will not display bites or suffer from itching, that person is equally at risk as the allergic person for contracting disease from bed bugs.  Disease spread by bed bugs is reviewed below.

Before continuing our discussion of this topic, we’d like to emphasize the importance of promptly consulting with a licensed medical professional if you suspect you have been bitten by bed bugs.  In addition to being difficult to distinguish from other insect bites which may also be serious (such as tick bites leading to Lyme Disease), bed bug bites are also a known risk factor for potentially deadly diseases like hepatitis B and Chagas Disease.

Therefore, any spider and/or insect bites should be identified and treated by medical experts.  While making an initial self-diagnosis a good first step toward getting the necessary medical help, bed bug bites should never be left to home remedies due to the serious health complications which can result from delayed or inappropriate treatment. (Incidentally, the same idea applies to managing the infestation itself: DIY bed bug remedies are seldom effective, and infestation victims need to have their spaces treated by licensed pest control companies.)

With this caveat in mind, let’s examine the spectrum of bite responses — and the medical reasons behind them.

Regardless of how serious the subsequent bite reaction may become, most victims are initially unaware that they have been bitten at all.  There are two key reasons for this:

While the bite sites can later become painful and swollen, the actual act of biting generally produces only a mild pinching or tickling sensation similar to receiving a flea or mosquito bite.  Being bitten by a bed bug is not in any way comparable to being stung by a wasp or bitten by a fire ant.  In cases where the victim is conscious, he or she may, at most, perceive some mild irritation as the bite is delivered, though physical sensation is limited by the salivary anesthetic noted above.

While the bites themselves are mild, the subsequent reactions are often anything but. In addition to experiencing intense itching leading to insomnia and emotional distress, victims can develop:

In addition to facing these slowly-developing complications, some people almost immediately go into anaphylactic shock — a condition which can cause death in as little as 15 minutes.  But why?  Who is at risk for anaphylaxis caused by bed bug bites? 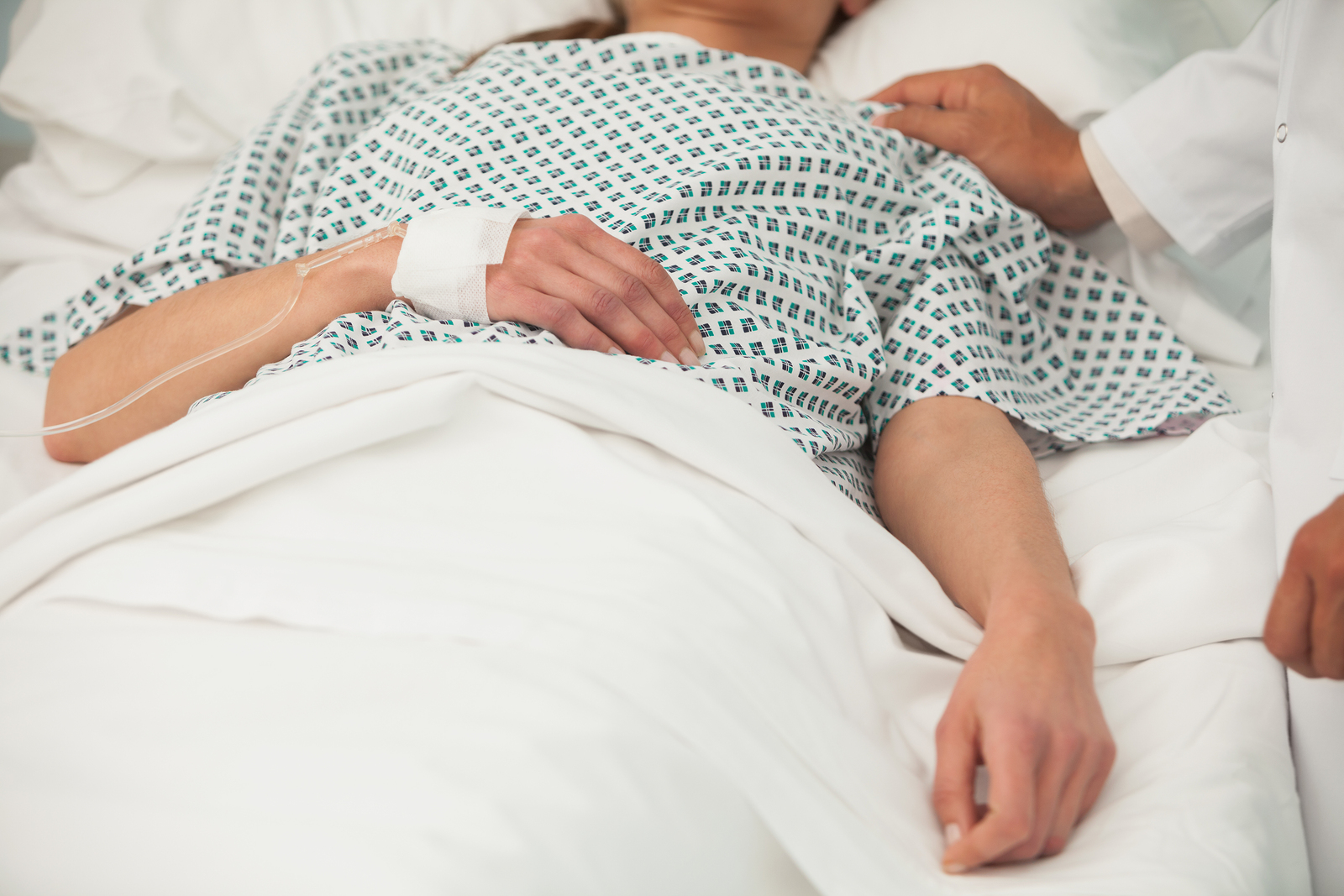 Anaphylactic shock has many different causes.  Anaphylaxis can be triggered by eating certain foods (like peanuts), taking certain medications (like Penicillin), or being stung by certain insects (like bees).  Bed bug bites can also lead to anaphylaxis, a rapid-onset, full-body allergic reaction which causes symptoms such as:

In simple terms, anaphylaxis is an extremely severe allergic reaction to substances in the bed bug’s saliva — which is injected into the bite during the course of feeding.  While anaphylaxis related to bed bug bites is an extreme and rare response, milder allergies to bed bug saliva are fairly common, as about 20% of people are allergic.  This explains why only some people develop swollen and painful lumps, while others do not exhibit any symptoms after being bitten.  It is a common misconception that if you’re the only one being bitten, the culprit can’t be bed bugs.  In fact, the cause for this disparity is likely to be allergies rather than the species of insect behind the bites.

One 2005 study published in the Journal of Investigative Dermatology, titled “Bullous Allergic Hypersensitivity to Bed Bug Bites Mediated by IgE against Salivary Nitrophorin,” found the following:

Beneath ordinary irritative-toxic reactions, the symptoms [of being bitten] may be modulated by the response of the immune system to protein antigens that are present in the saliva… Several reports have described bullous reactions to C. lectularius in case reports…  Moreover, systemic reactions, including asthma or anaphylaxis, to bed bug bites may occur, suggesting an IgE-mediated hypersensitivity.

The “bullous reactions” noted by the study refer to the development of large and painful blisters, often purplish in color.

Finally, it is important to emphasize that even persons who are initially not allergic can develop an allergy through prolonged exposure to repeated bites.  A 2012 study published in Clinical Microbiology Reviews, titled “Bed Bugs: Clinical Relevance and Control Options,” found the following:

Patients may not develop an allergic response upon the first exposure to the bite but often do so upon a subsequent exposure. A new bite, while the sensitivity reaction to an earlier bite is developing, may be confused with the appearance of a delayed reaction.

The same study also notes that because “bed bugs live in and around sleeping areas, the level of contact with the insects is high,” thereby increasing the risk for developing an allergy over time.  If you are sensitive to mosquito bites, you are more likely to be sensitive to bed bug bites, as determined by a 2009 study conducted by the University of Kentucky in which 474 participants were interviewed.

If you were bitten at a hotel or in your apartment, the property management company or landlord may be liable for expenses arising from personal injury and/or property damage caused by negligent pest control measures. The experienced bed bug attorneys of Whitney, LLP may be able to help you recover compensation.  To set up a free and confidential case evaluation, call our law offices today at (410) 583-8000.