Which Drivers Are at Highest Risk for Getting into a Car Accident?

There’s no shortage of jokes about which groups of people make the worst drivers. While these kinds of cracks are usually offensive (and often undeserved), government statistics attest that drivers from certain demographics do seem more likely to get into accidents. In this article, our car accident lawyers will look at data from the Maryland Motor Vehicle Administration to determine which groups were connected to high numbers of automotive accidents.

The MVA releases a detailed annual report compiling data on virtually every aspect of car crashes in Maryland. The reports, which are prepared by the Maryland Highway Safety Office, examine accident factors ranging from distracted driving, to seat belt use, to bicycle accidents, to driver intoxication, and just about every other component of driving one could imagine.

The 2014 analysis reported the following numbers for 2013, accounting for the entire state of Maryland:

Averaged out, these numbers mean there were more than 250 accidents, 117 injuries, and one death caused by Maryland car accidents every single day throughout 2013.

But who, and what, was causing them? 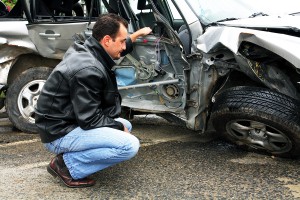 The report identified several high-risk groups. Among them were “older drivers,” defined as drivers age 65 or older. The report found that “10,413 crashes involving older drivers have occurred on Maryland’s roadways” during the past five years, resulting in an average of 82 deaths per year (about 16% of all traffic accident fatalities in Maryland). That number is on a gradual decline, with 70 fatalities caused by or involving older drivers in 2013: 12 fewer than the average.

Since the MVA originally set a goal of fewer than 78 older driver-related fatalities by 2020, these numbers indicate that Maryland is already outperforming its own expectations. However, 70 fatalities per year still equates to roughly six deaths each month, to say nothing of the “6,652 older drivers [who] have been injured annually.”

In an effort to continue reducing the number of deaths and injuries caused and/or suffered by older drivers on an annual basis, Maryland is now in the process of assembling “regional workshops across the state.” These workshops are primarily geared toward educating police officers and medical professionals.

The same demographic has also gained notice from the CDC, which reports that “an average of 586 older adults are injured every day in crashes.” The CDC states that in particular, “fatal crash rates increase noticeably starting at ages 70 to 74 and are highest among drivers age 85 and older.”

Drunk Driving and Texting Among Teens and Young Adults

At the opposite end of the age spectrum, the report also identified younger drivers (ages 16 to 20) as another high-risk group.

In 2013, younger drivers accounted for 446 “serious injuries” throughout the state of Maryland, in addition to 43 fatalities. Respectively, that’s an average of approximately 37 serious injuries and three and a half deaths per month. The report found that “an average of 13,214 crashes involving young drivers” took place in Maryland during the past five years, with an annual average of 65 deaths (about 13% of all car accident deaths statewide).

As with older drivers, Maryland has already set (and met) its goals for reducing fatalities and injuries in this demographic by 2015. And – as with older drivers – the state continues to implement programs designed to keep lowering these numbers.

While the programs geared toward prevention of older adult deaths focus on medical problems and physical limitations associated with aging, similar programs for teen and young adult drivers take a different angle: cutting down on underage drinking and driving. The Maryland chapter of Mothers Against Drunk Driving (MADD) held nearly two dozen workshops in 2013, attracting close to 1,000 parents and caregivers.

Texting and driving is another widespread issue among younger people, who nearly always keep their phones close at hand – even when they should be paying attention to the road. On October 1, 2014, Maryland legislators enacted “Jake’s Law,” named for five-year-old wrongful death victim Jake Owen, who was fatally struck by a distracted driver using their cell phone. Jake’s law enhanced the penalties for car accidents caused by cell phone use. 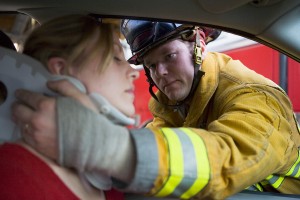 All told, nearly one third of annual average traffic fatalities in Maryland (29%) were linked solely to young people and senior citizens, excluding all drivers age 21 through 64. While these numbers are on an encouraging decline, more work remains to be done. In the meantime, innocent drivers will continue to be injured and killed – including other teenagers and elderly individuals.

If you were hit by a car in Baltimore, or if one of your loved ones was hurt in a serious car accident, your family could be entitled to compensation for your medical bills, loss of income, and other expenses. To start talking about your accident in a free and private consultation, call the personal injury attorneys of Whitney, LLP at (410) 583-8000 today.